On March 17 "Haters and Little Heroes" was presented in Rome. The docufilm aims to shed light on cyberbullying and was created - also thanks to the contribution of the UniCredit Foundation - by a class of high school students from the Roberto Rossellini Institute of Cinematography

"Why do they hate him?" is the question that Giovanni Catoia has asked himself many times since his son Valerio, a Paralympic athlete with Down syndrome, saved a 10-year-old girl who risked drowning in the sea at Sabaudia, became the target of a group of cyberbullies on Facebook.

Valerio did not think twice. Someone needed him and that is why he was awarded the title of Alfiere d’Italia (Ensign of Italy) by President Mattarella. The football player Francesco Totti wanted to meet him and give him his jersey.

But for some people, this was too much and they started to vent their hatred online. When the father tried to contact the two administrators of the social media group that was taking it out on his son, he was insulted as well. At this point he was left with no other choice but to report the group to the Judiciary. The Police started an investigation and a bleak picture emerged.

Alongside non-stop investigative activity to combat crime, the intense action of education and awareness-raising is becoming increasingly important, especially for young people, with the involvement of their families and schools. UniCredit Foundation strongly believes in this action and has decided to support several projects including the creation of the docufilm "Haters e piccoli eroi" (Haters and little heroes), focused on Valerio's story.

The film has been recently presented at the Auditorium della Musica in Rome, after having been produced by the Roberto Rossellini Institute of Cinematography, with the active participation of students of Valerio's age at the time of the events. The docufilm will be widely distributed in Italian schools, where it will raise awareness on the topic of cyberbullying. 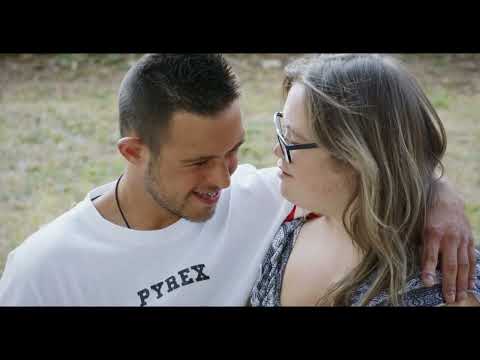 As recalled by Professor Gloriana Maria Giammartino, coordinator of the project at the Rossellini Institute together with Professor Massimo Franchi: "The digital generations use social networks a lot, but often they are not fully aware of the repercussions of the content they share on the web and the impact they can have on real life. Following this project has allowed us to "teach" children how to make more conscious use of their online network, making them reflect and mature. Working with young people on a docufilm on a topic like this, speaking directly with the protagonist and his sister, has meant helping young people to grow. The duration of filming and editing, reliving the experience of a young athlete with Down Syndrome with a huge amount of sympathy. We then chose to have Valerio's sister narrate the story in order to bring the point even closer to the students who were working on the production of the docufilm and felt the seriousness of the consequences of a campaign of hatred generated with superficiality even by adults."

Through the eyes #11
Wednesday 13 July 2022
This week we take you to Italy to discover the eleventh story from UniCredit's 2021 Annual Report. Our client Doc Servizi, the largest entertainment cooperative in Italy, was supported by UniCredit with an impact financing loan of €1.3 million to guarantee new employment opportunities and securing jobs and training for workers in the performing arts, one of the Covid-19 pandemic worst hit sectors. Read this success story!
Discover more
Our First Sustainability Bond Report
Tuesday 12 July 2022
UniCredit is proud to present its foundational Sustainability Bond Report detailing how we’ve allocated funds from the Group’s first ever own Green Bond and our first Retail Social Bond issued in 2021, helping to finance and boost renewable energy, education, health and social services projects.
Discover more
Through the eyes #8
Wednesday 22 June 2022
This week we take you to Romania to discover the 8th story from UniCredit's 2021 Annual Report dedicated to our client Wind Power Energy, a company offering an extensive range of products and services to facilitate the energy transition as well as designer of Europe’s largest onshore wind farm. UniCredit supported them with their professional academy RenewAcad, helping more than 400 people find new employment and providing training for more than 700 people. Read this success story.
Discover more