We take a look at the variety of initiatives organised across our different geographies to honor this Year’s Pride Celebrations and look at the history and meaning behind the Global initiative. A reminder of the importance of diversity and inclusion in all our activities be they personal or work related.

From today until Sunday 27 June, as per our tradition, we will light up the spire of our Milan headquarters in Piazza Gae Aulenti in rainbow colours, in support of the Milano Pride initiatives across the city. During the month of June we organised various initiatives to highlight our longstanding commitment to diversity and inclusion in our different geographies and cultures.

GROUP
On 24 June we organised a webinar on inclusive language where we welcomed colleagues to join the conversation with the Global Head of Diversity and Inclusion and Head of Learning and Executive Development at UniCredit, Sara Gay, the Group Creative Director at The Writer, Charli Nordone, and the Executive Director at Parks - liberi e uguali, Igor Suran, who shared useful insights to answer key questions related to this topic and give concrete examples and tips we can apply every day to become more inclusive through the language we use.

On 22 June, our Unicorns Italy network organised a virtual event called "Coming out with your family and at work" for all Commercial Banking Italy colleagues. The initiative was a moment to share views on a topic that touches everyone's life. Self-awareness is one of the fundamental themes in diversity, whatever it may be. Understanding who we are in order to truly live and experience ourselves.

We have been celebrating Pride Month for several years now with a number of initiatives for employees. Because HVB values and promotes the diversity of people, cultures and talents with various initiatives. The German Unicorns, the network for lesbian, gay, bisexual and transgender colleagues at HVB, is one of them. Learn more about the network in the video! 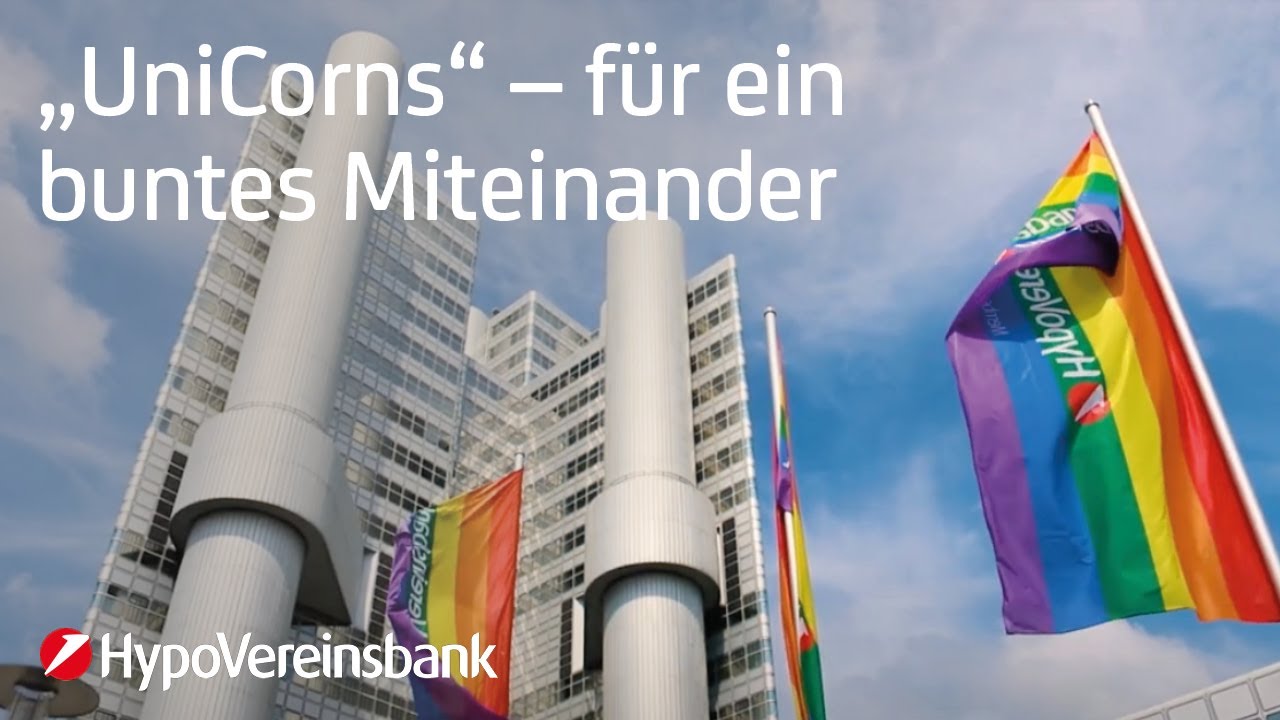 AUSTRIA
On 1 June Bank Austria launched the # initiative by asking all followers to send selfies promoting pride. For every received selfie, one euro will be donated to associations that support LGBTQIA+ Communities. Organisations will then be selected at the end of June and will receive the money collected. 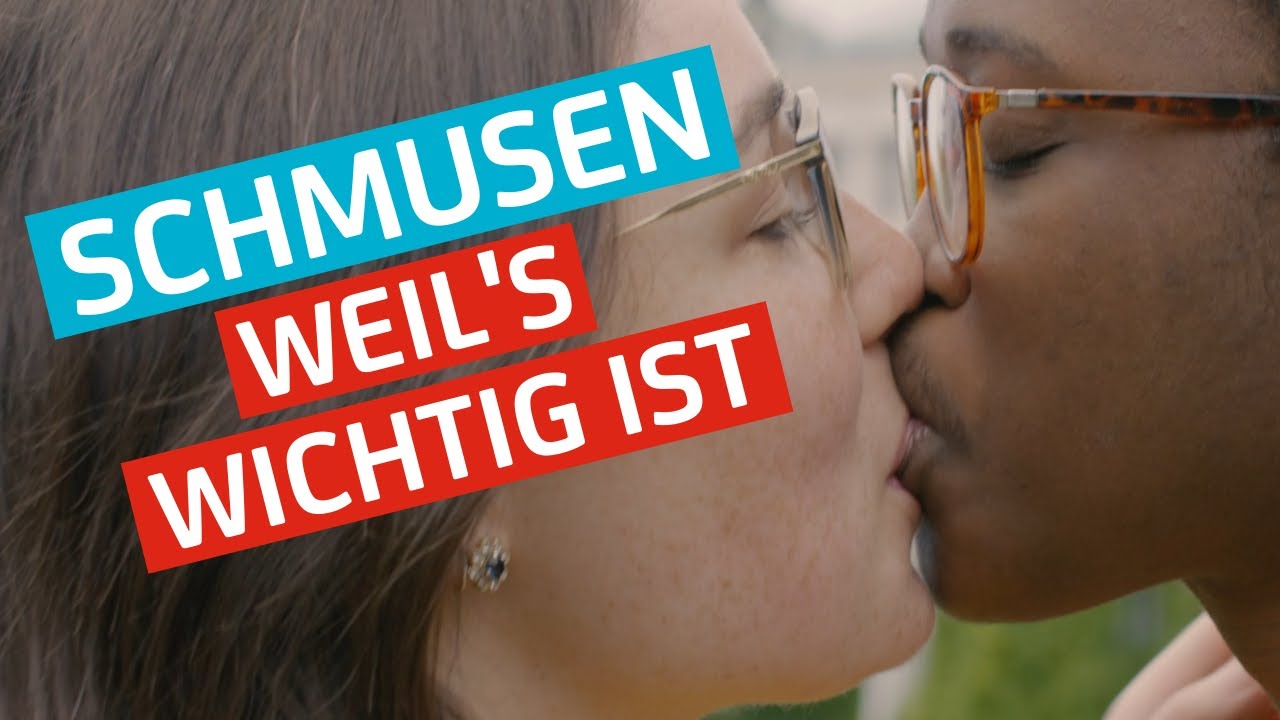 But most importantly, Bank Austria joined the Vienna Pride parade on 20 June. Colleagues marched through the city with bunting and rainbow flags under the Bank Austria logo.

SLOVENIA
For the first year, Slovenian colleagues openly promoted Pride week and their solidarity with LGTBQ+ communities on the bank's social profiles, narrating their evolution in Slovenian history. They also gave voice to a Slovenian poet who promotes love with no gender barriers.

LONDON BRANCH
Our London Branch was delighted to celebrate Pride Month with dedicated initiatives, thanks to a new affinity group with a focus on LGBT+ which is a feeder group of the UniCredit London Diversity & Inclusion Network in 2021. The initiatives included:

June is unofficially Pride month around the world, a celebration of diversity and tolerance. The first pride march took place in in June 1970 in New York City, followed soon by marches in major US and European cities. It marked the first anniversary of the Stonewall riots a year earlier, after a routine raid of the bar in New York by police, when the mainly homosexual clientele resisted and fought back. It was a turning point, marking a shift from oppression and victimhood to promotion of dignity and equal rights for homosexuals of all genders.

Some say that it is now outdated but we should not forget that the campaign for equal marriage rights continues in Northern Ireland and many European countries. There is also evidence that though there is broad acceptance of homosexuality in many parts of the world, it is still illegal and sometimes punishable by death in some countries, so Pride month continues to be relevant as a beacon for those who continue to be oppressed.

What does the rainbow gay pride flag mean?

The iconic rainbow flag has become widely known as a symbol for the LGBT community and was created by Gilbert Baker from Kansas who met influential gay leader Harvey Milk in 1974, who challenged him to come up with a symbol for the gay community three years into their friendship. The original gay pride flag was seen in the San Francisco Gay Freedom Day Parade on June 25, 1978.The flag has six stripes and each colour had a different meaning, which many still celebrate today.

In 2017 the iconic flag was redesigned by Graphic Designer Daniel Quasar who added a five-coloured chevron to the LGBT Rainbow Flag to place a greater emphasis on “inclusion and progression".

The flag includes black and brown stripes to represent marginalised LGBT communities of colour, along with the colours pink, light blue and white, which are used on the Transgender Pride Flag.

Related articles
Through the eyes #11
Wednesday 13 July 2022
This week we take you to Italy to discover the eleventh story from UniCredit's 2021 Annual Report. Our client Doc Servizi, the largest entertainment cooperative in Italy, was supported by UniCredit with an impact financing loan of €1.3 million to guarantee new employment opportunities and securing jobs and training for workers in the performing arts, one of the Covid-19 pandemic worst hit sectors. Read this success story!
Read more
Our First Sustainability Bond Report
Tuesday 12 July 2022
UniCredit is proud to present its foundational Sustainability Bond Report detailing how we’ve allocated funds from the Group’s first ever own Green Bond and our first Retail Social Bond issued in 2021, helping to finance and boost renewable energy, education, health and social services projects.
Read more
Through the eyes #8
Wednesday 22 June 2022
This week we take you to Romania to discover the 8th story from UniCredit's 2021 Annual Report dedicated to our client Wind Power Energy, a company offering an extensive range of products and services to facilitate the energy transition as well as designer of Europe’s largest onshore wind farm. UniCredit supported them with their professional academy RenewAcad, helping more than 400 people find new employment and providing training for more than 700 people. Read this success story.
Read more